Halifax Design Lab is a small collective of artists and experts with one key member who remains constant: Liam Hayes.

A Brief History From Liam

I think it’s important to surround myself with people from whom I can learn, and grow. In such cases, I feel it’s only right to refer to my work as a collaborative effort under the moniker Halifax Design Lab.

When I was a teenager, I knew right away that I wanted to make art. In particular, it was graphic design that took my interest. However, as with most things, it started with another discipline, illustration. By the age of 19, I was selling hand painted realist design posters, and had applied to attend the Nova Scotia College of Art and Design (NSCAD) where I was accepted into the world famous Swiss Design Program, headed by design masters Horst Deppe, Ludwig Scharfe, Hanno Ehses, and Robert Tombs.

Learning typography and Swiss graphic design by hand, using technical drafting pens and pre digital technologies like the PMT (Photo Matte Transfer) Camera allowed me to appreciate just how things were to be done in print shops and design houses.

At the time, computers were a burgeoning field and it wasn’t long before they became an essential tool in the designers tool kit. Seeing this, I dove head-first into the technology, learning Adobe Photoshop and Illustrator etc, which led to being awarded a position in the NSCAD Design Lab, as one of two students brought into the mentor program.

Shortly afterwards I went straight into the work force, working in prominent Nova Scotian design firms like McArthur Thompson & Law, and Bristol Communications. Wanting to play more of a role in the full development of projects led me to partnerships with former professor Robert Tombs and later with David Fitzpatrick at l’Atelier Graphique (The Graphic Studio), and then into a position at The Chronicle Herald /Main Star Newspapers as part of the in-house design team.

From there I branched off on my own as a freelance designer, bringing in many diverse clients from all over the world. One such client was famed LA bicycle designer Gary Silva. And along with investors and some expert help from a big factory in Shenzhen China, Gary and I transformed Rott Industries into the infamous Phat Cycles, most famous for wild chopper bicycles and beach cruisers, for which I designed the paint and decals, websites, posters, brochures, logos etc. 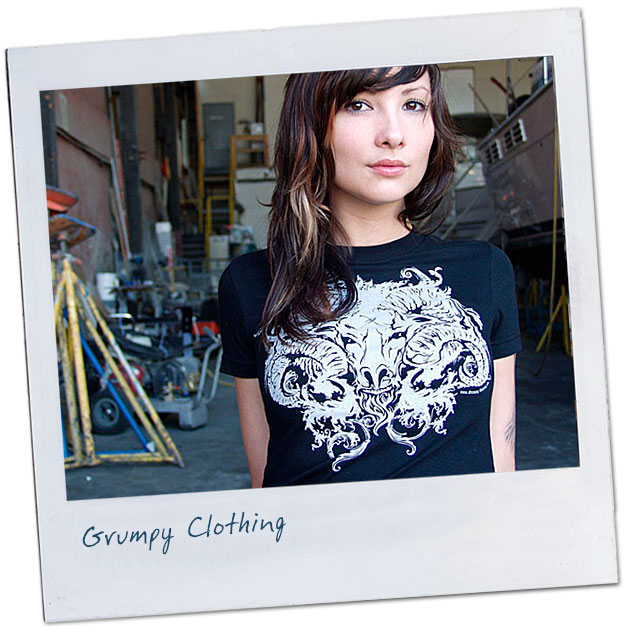 When my work visa expired, in the early 2000’s I left LA (on my vintage motorcycle) and connected with some ambitious entrepreneurs up in Vancouver, BC where we relaunched the world-famous DoodleArt colour-your-own poster company. Like Phat Cycles, I was brought onboard to handle all the graphic design, including poster illustration and iPhone/iPad app design. When DoodleArt was bought out by a large American company, I grabbed the opportunity to start my own t-shirt brand, whimsically named Grumpy Clothing. After some great success, and brand name-building in Vancouver, a local fire in a neighbouring shop brought everything to a halt and I went back to working freelance, which I’m enjoying thoroughly to this day.

I’m driven by a love of puzzles and cerebral challenges. Having taught myself to code, I’ve thrived in the WordPress development field, marrying my love of typography with my many years of Swiss layout design, logo illustration and extensive software skills. When I’m not in front of my computer, I can be found hiking around Halifax with my trusty little furry friend Milo, who has been my charming sidekick for over 17 years.

Drop me a line on the Contact Page and I’ll happily answer any questions you have.